The Voice of the Viola Times of Oppression 2 Valdimarsdottir & Worms

The Voice of the Viola in Times of Oppression Valdimarsdottir & Worms 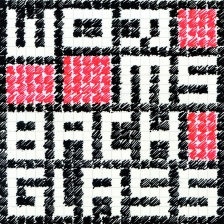 Bach couldn’t have guessed that his Goldberg Variations would come to be considered one of the pillars of Western classical music. Yet with hindsight it’s easy to understand the composition’s undisputed place in the classical music tradition and repertoire. No composer before Bach had ever written so many variations on a single theme, and never so freely and richly filled with fantasy.

Metamorphosis
Metamorphosis, one of Glass’s best-known compositions for solo piano, is based on his music from a theatrical setting of Kafka’s famous story “Die Verwandlung” (“The Metamorphosis”) (1915), in which the protagonist Gregor Samsa wakes one morning to find himself changed into a giant beetle. There is no lack of high-flown interpretations of Glass's work. Metamorphosis is often analyzed, sometimes even on non-musical grounds.

During his study with Nadia Boulanger in Paris (1963-1965), Glass worked intensively with counterpoint and especially with the music of Bach. His love and admiration for Bach’s work has always stayed with him: in 2008 he wrote, at 71, his Songs and Poems for cello solo, a work which, with its Baroque character, could almost pass for a long-lost Bach Suite. This same combination of Baroque and contemporary idioms is shown in an even more recent work, Glass’s Partita for solo violin (2011), which, with its Prelude, Chaconne, and two dances clearly alludes to the violin partitas of Bach. The premiere of this Partita by the violinist Tim Fain took place on May 14, 2011, in the same hall where this CD was recorded: the Zeeuwse Concertzaal in Middelburg, the capital of the Dutch province of Zeeland.

The minimalism of Glass and his colleagues was hailed as a totally new musical idiom. But striving to reach a desired result with maximum expression while using a minimum of material is as old as art itself. Bach’s work also shows the striving for this ideal. With the benefit of hindsight, it is clear that we could even consider his famous Prelude in C major, the opening of the Well-Tempered Clavier, to be “minimal music avant la lettre.”

The design of this CD is made by graphic artist Guido Lippens. It’s probably the first CD-booklet that is entirely handwritten.


PZC The CD combines Bach's Goldbergvariations with the Metamorphosis of Philip Glass and offers a confrontation between two completely different musical worlds.


LUISTER Without hesitation the unconventional pianist Marcel Worms sets these pieces together with beautiful play and even makes the combination work. Paul Jannsen